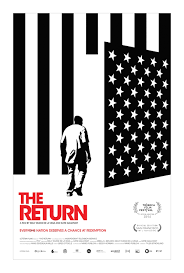 This event is part of THE RETURN PROJECT’s State(s) of Reform Tour 10-city Tour, which teams with local advocates, elected officials, and providers to bring a preview screening of THE RETURN to select communities across the U.S. in advance of the broadcast premiere on PBS’s award-winning POV May 23.

Parking is available at the Independence Visitor Center garage. Directions and public transit information can be found here: http://www.whyy.org/about/directions.php