YSRP was quoted in Samantha Melamed’s July 11th article in the Philadelphia Inquirer about some of the challenges facing juvenile lifers, or people who were sentenced to life in prison without the possibility of parole when they were children, in Philadelphia as they prepare for and execute their reentry.

As part of YSRP’s strategy to coordinate social, legal and other service providers to respond to and prepare for the nearly 300 individuals who are now eligible to return to Philadelphia, YSRP launched and chairs a Juvenile Life With 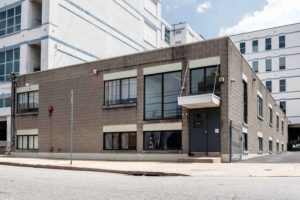 out Parole Working Group as part of the Reentry Coalition, housed within the Mayor’s Office.

According to the article,

The Philadelphia Reentry Coalition, a collaboration between city and nonprofit agencies, is organizing to fill gaps in support. Joanna Visser Adjoian and Lauren Fine of the nonprofit Youth Sentencing & Reentry Project are cochairing a committee on juvenile lifers. They said advocates have volunteered to work on issues ranging from food-stamp applications to protection from identity theft and fraud. But they said they were waiting to find out what the Department of Corrections will and won’t provide.

UpStart with YSRP: More Than a Sentence