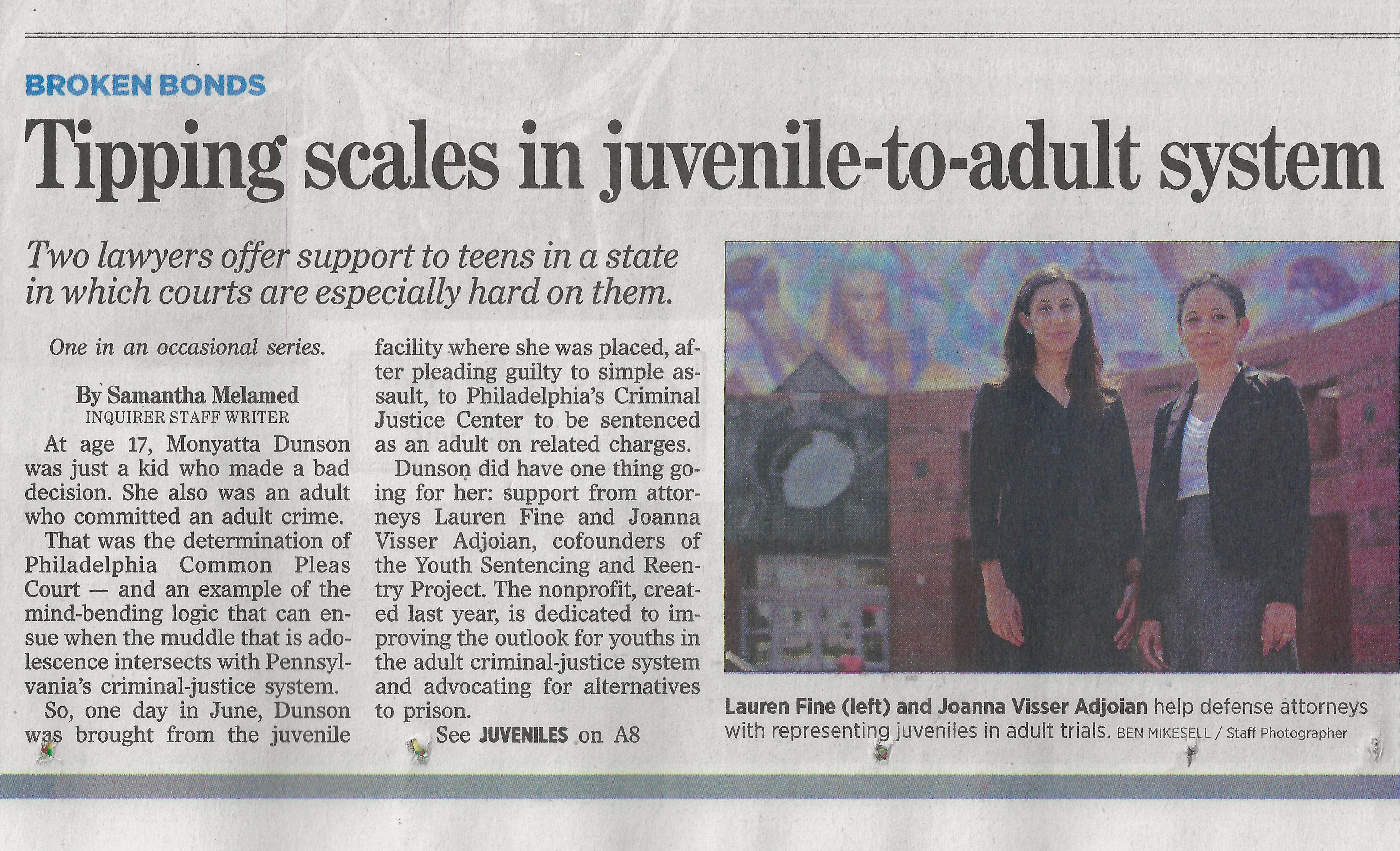 The article, Juveniles facing adult court get help from lawyers’ program, which appeared on the front page of Philadelphia’s newspaper, describes the issue of kids being charged as adults in Pennsylvania, and the work YSRP is doing to address it:  “They’re providing help to court-appointed and privately retained counsel and public defenders, with the hope of mitigating sentences. And they’re helping young people plan for reentry earlier, even before sentencing.”

“There are a significant number of cases in the middle that are really close . . . Those are the hardest decisions I’ve ever had to make as a judge. Additional information would make it easier.”