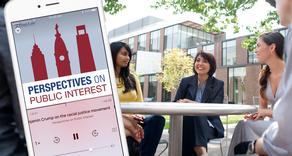 Co-Director Joanna Visser Adjoian speaks with Arlene Rivera Finkelstein of the Toll Public Interest Center at Penn Law about YSRP’s work with young people in the adult criminal justice system and this pivotal moment in US criminal justice reform.