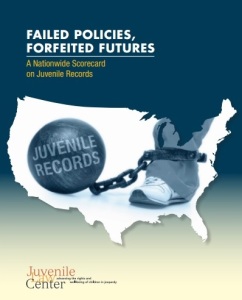 Lauren Fine, Co-Director of YSRP, recently co-authored significant reports highlighting the importance of criminal records expungement for court-involved youth. Click on the links below for the full PDFs.

JUVENILE RECORDS: A National Review of State Laws on Confidentiality, Sealing and Expungement