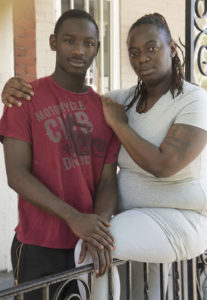 The Philadelphia Inquirer highlighted the issue of excessively high bail for youth charged as adults, and profiled the experience of YSRP’s client, Eugene.  An excerpt from the article is below — read the full article here.

“Not only are they virtually always held on money bail (as opposed to released on some other condition, such as house arrest), but their bail amounts are often set extremely high. The average bail assigned in 2016 was $248,000, far outside bail guidelines the courts established in 2012, which recommend bail between $9,000 and $75,000 for the highest-risk offenders charged with the most serious of crimes.

At a time when the city is embarking on a $6.1 million effort in partnership with the MacArthur Foundation to reduce its jail population by one-third, these bail amounts mean almost all juveniles will be locked up for months or years before ever being convicted of a crime.”

Care, Not Control: The Album is Here
Care, Not Control: The Album is now available for download! The Album showcases the talents, hopes, and dreams of young people directly impacted by the criminal legal system who are leaders in the campaign.
YSRP Reentry Coordinator Don “Ike” Jones on NPR Weekend Edition
Don “Ike” Jones was one of more than 100 attendees of the inaugural Freedom Celebration hosted by our partners at the Campaign for the Fair Sentencing of Youth in Washington, DC. There, he was interviewed by NPR's Carrie Johnson.
YSRP’s John Pace on The Jawncast Podcast from KYW Newsradio
YSRP’s Senior Reentry Coordinator John Pace talks with The Jawncast podcast from KYW Newsradio about hiring formerly-incarcerated people.
YSRP Quoted in Daily Kos
YSRP staff comments in a recent Daily Kos piece about what justice looks like for children charged as adults in PA.
Back To Top