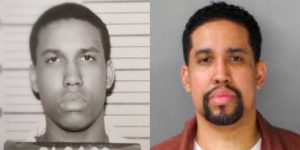 YSRP began working with Giovanni Reid in July of 2016, after meeting him at a workshop we conducted at the State Correctional Institution at Graterford. Earlier this year, we prepared a mitigation report, which we shared with the District Attorney’s office in hopes of an offer that would make Giovanni eligible for parole. In April 2017, thanks in large part to his exemplary conduct while in prison, Giovanni became the first juvenile lifer in Philadelphia to receive an offer from the DA’s office that was lower than the guidelines set by a 2012 statute, which the DA’s office had previously relied on for guidance. On April 20th, Giovanni was resentenced to 25 years to life, making him immediately eligible for parole. Just last week, he learned he was granted parole and will be coming home soon. YSRP looks forward to continuing to work with Giovanni as he transitions home to Philadelphia, where his loving family is waiting with open arms.  Read more about Giovanni and his case here.