On Wednesday, April 12th 2017, the Youth Sentencing & Reentry Project (YSRP) convened a timely and important discussion on the “State of Criminal Justice & Reentry in Philadelphia: Opportunities for Innovation and Reform” at the law offices of Montgomery McCracken Walker & Rhoads LLP.

Philadelphia Mayor Jim Kenney and Glenn E. Martin, President and Founder of JustLeadership USA, discussed the pressing need for resources and attention focused on enabling people returning from incarceration to connect with support and access opportunities. Mayor Kenney stated: “It will be important for us to increase jobs in certain industries….my role is to talk with people [who are incarcerated] in prisons and let them know they have value, that there are people waiting for them on the outside.”

Glenn E. Martin provided context on national efforts to increase meaningful opportunities for people who have been incarcerated, as well as pathways to leadership in policy reform for formerly incarcerated individuals. He also pressed for greater investment in decarceration, explaining that “the opposite of incarceration is humanization.”

Preceding the discussion, a panel of experts on local and national reentry and reform efforts shared valuable insights on what Philadelphia needs to do to address its reentry crisis. Philadelphia incarcerates more people than any other big city, and Pennsylvania has sentenced more children to die in prison (“Juvenile Life Without Parole”) than any other state. The panelists who discussed these facts, among other issues, were Executive Deputy Secretary of Pennsylvania Department of Corrections Shirley Moore Smeal, Executive Director of the Office of Reintegration Services (R.I.S.E.) Ceciley Bradford-Jones, Deputy Director of the American Civil Liberties Union (ACLU)’s Smart Justice Campaign William (“Bill”) Cobb, and Co-Director of the Youth Sentencing & Reentry Project Joanna Visser Adjoian. The panel was moderated by Executive Director of Frontline Dads and YSRP Board Member Reuben Jones.

Bill Cobb explained the urgent need for action: “We need to invest more money into reentry than we do into incarceration.” Cobb described a shift in mindset that is needed in Philadelphia to support reentry as an important public safety issue.

Joanna Visser Adjoian, Co-Executive Director of YSRP, spoke about how the reentry crisis is impacting youth sentenced to serve time in adult jails and prisons, as well as those who have been serving juvenile life sentences and now have the opportunity to come home. She shared that so many of the “‘juvenile lifers’ have been leaders on the inside, and will continue to be leaders on the outside once they are released.”

YSRP is grateful to local and national leaders for being part of this important conversation and looks forward to future collaboration to remove barriers and increase opportunities for formerly incarcerated leaders. 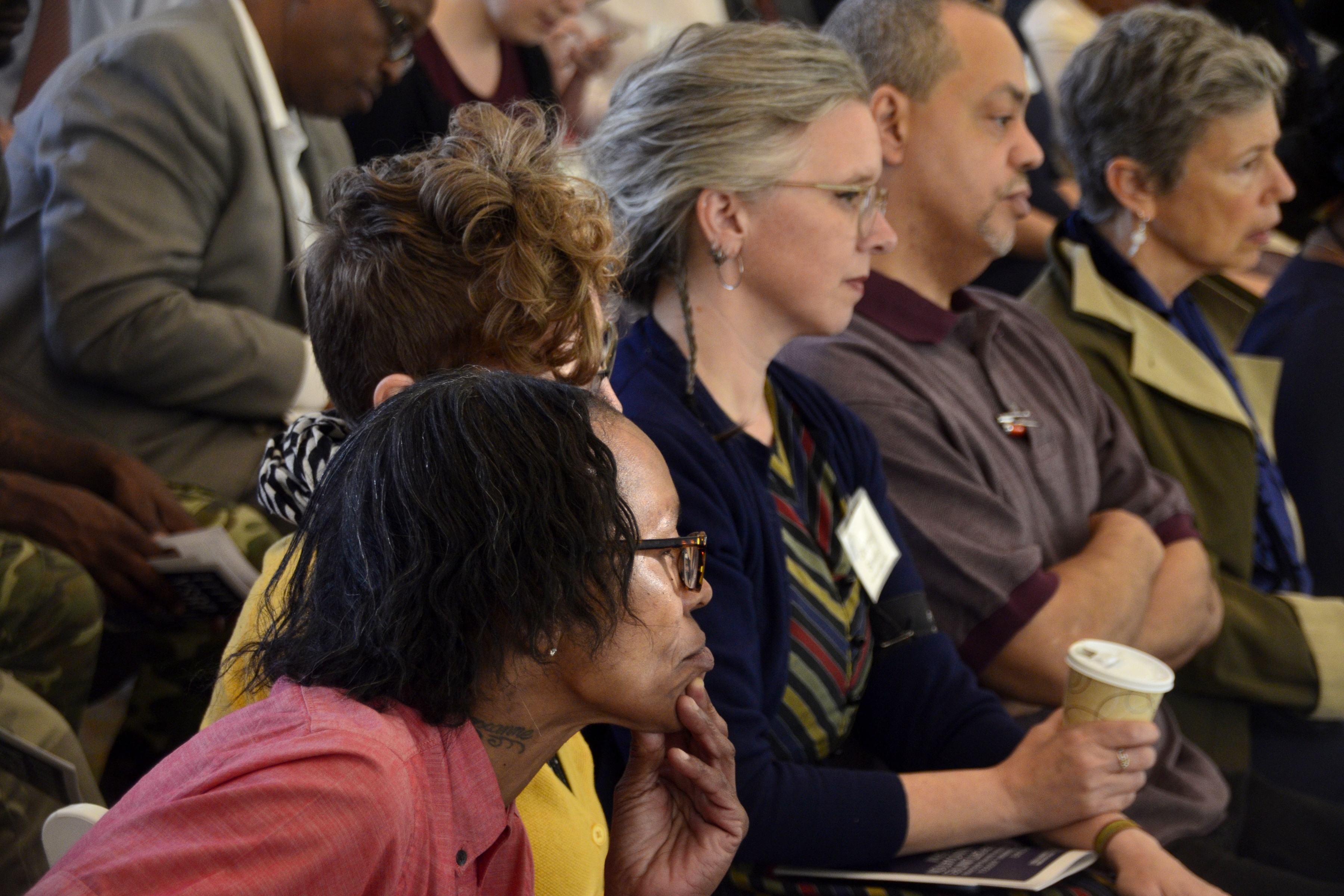 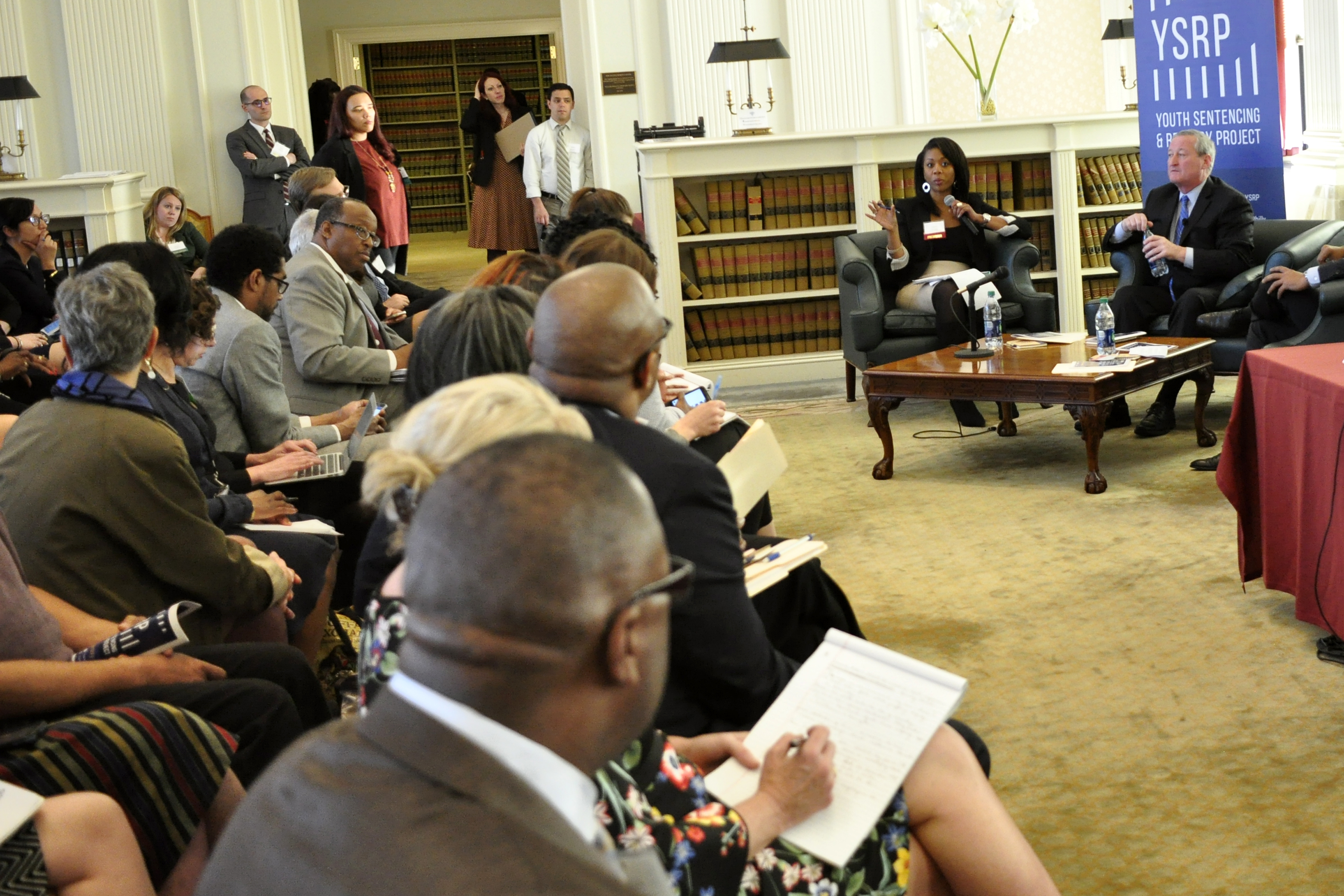 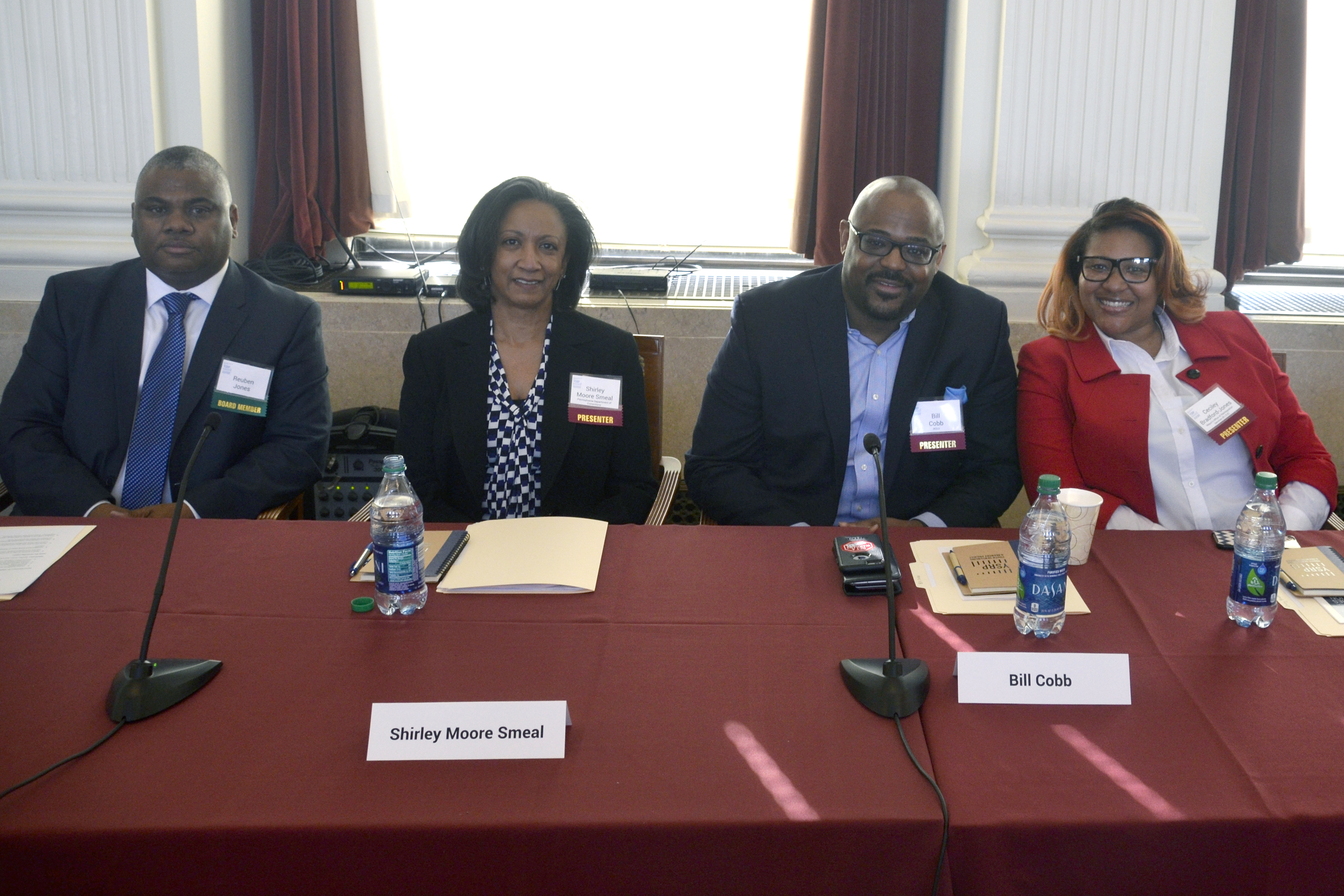 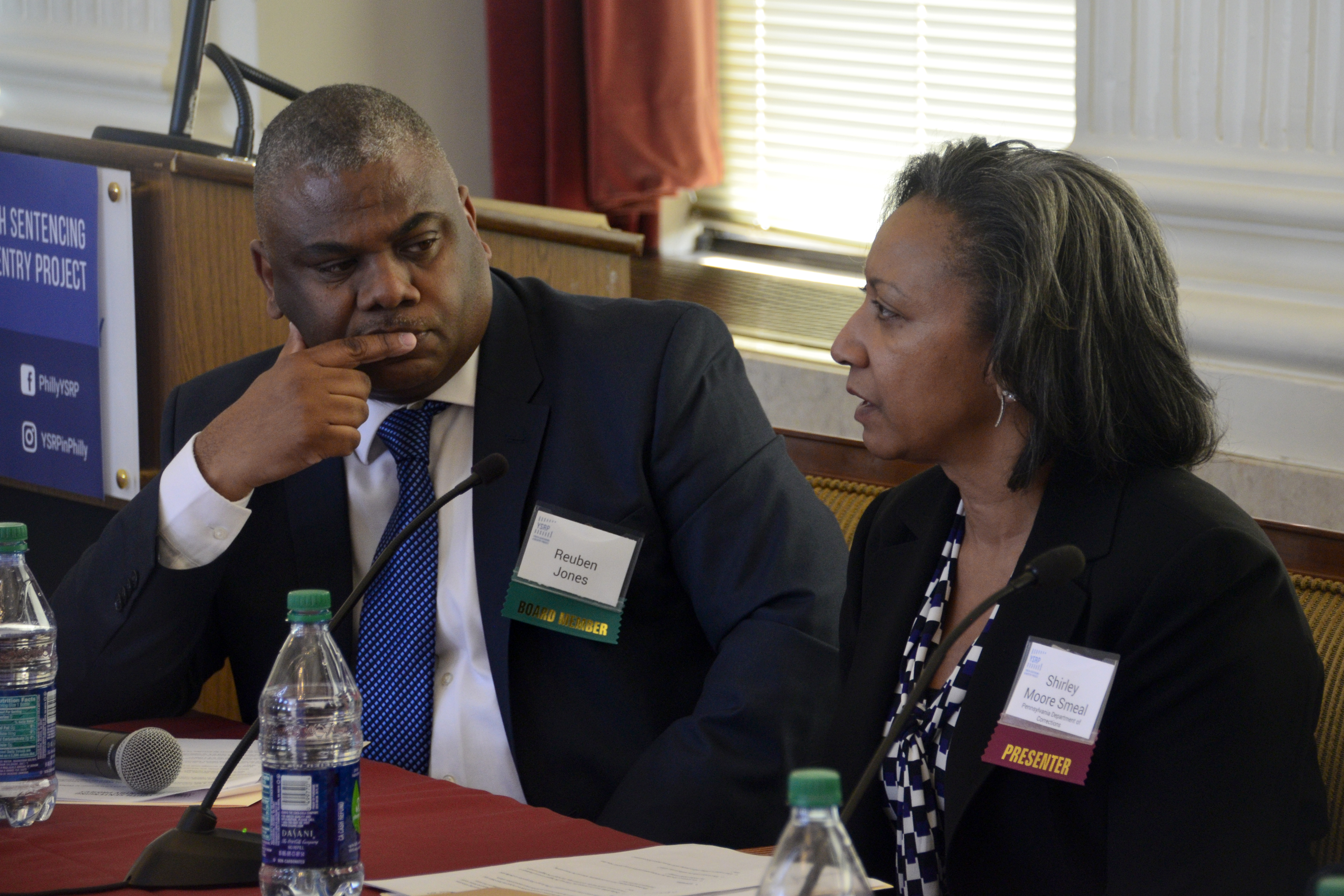 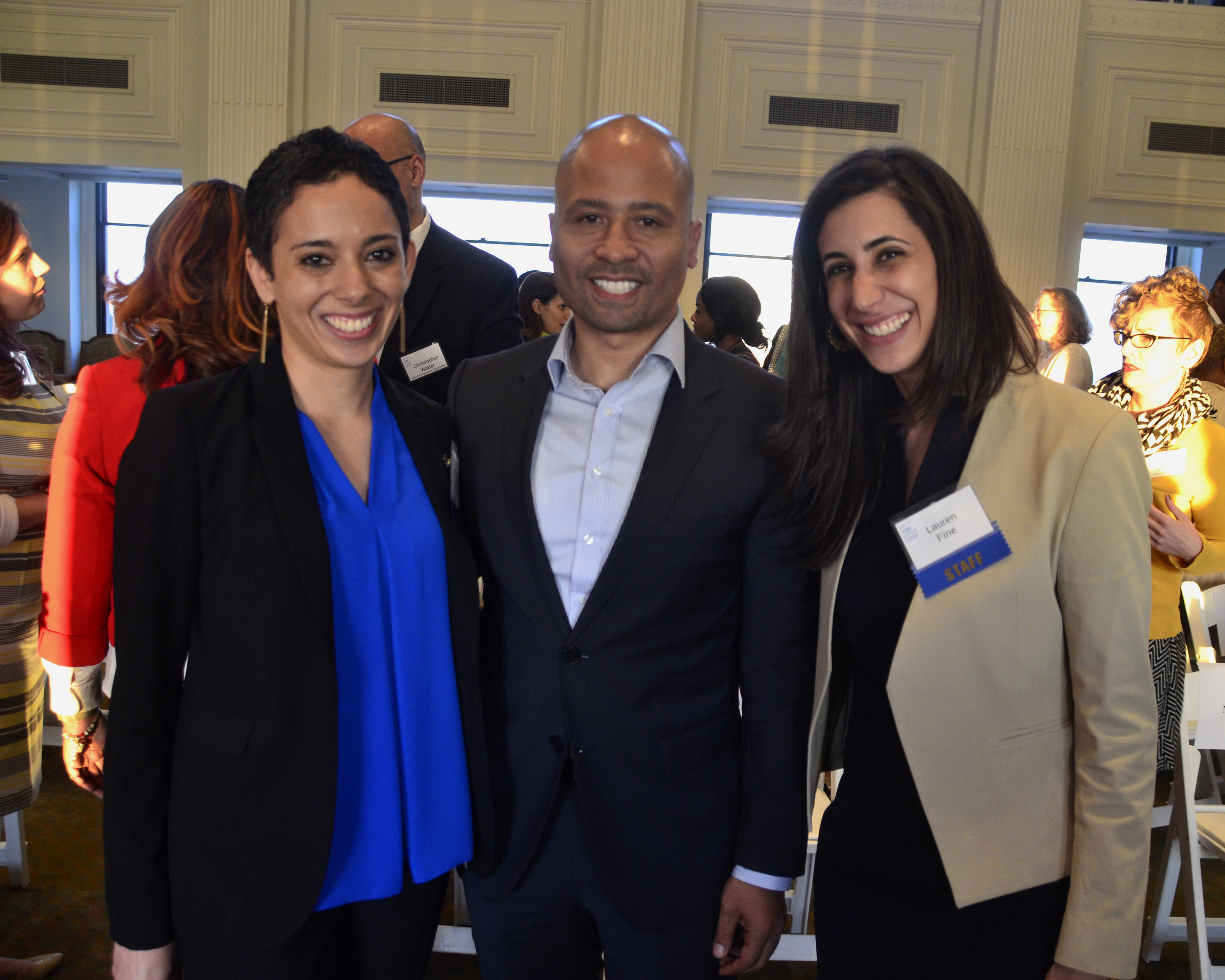