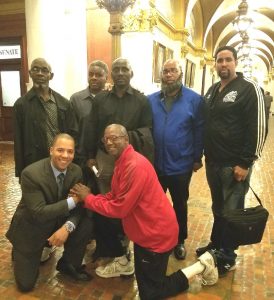 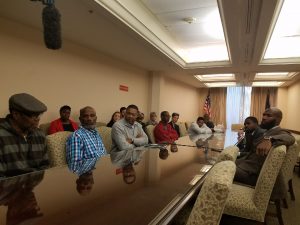 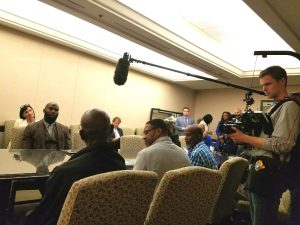 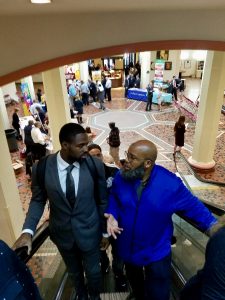 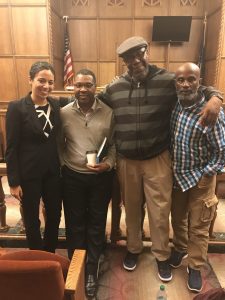 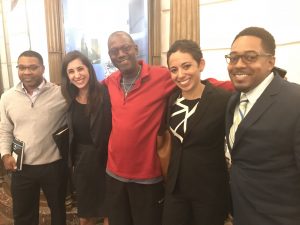 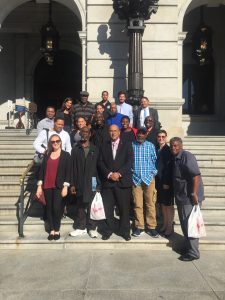 On October 24, YSRP had the immeasurable honor of joining 10 individuals who were told, as children, that they would die in prison, to speak truth to power in our state capitol in Harrisburg. Collectively, they spent 331 years in prison, beginning as teenagers.

We were humbled to join several of our partners — individual “juvenile lifers,” our colleagues at the Campaign for the Fair Sentencing of Youth, and new allies in this work, Eagles players Malcolm Jenkins, Chris Long and Torrey Smith, to share and learn and push for reform.

Pennsylvania is the world capitol of sentencing children to die in prison. Our “Advocacy Day” in Harrisburg was a testament to the powerful leadership that 10 such children — who grew up inside of prison and were never intended to leave alive — can bring as change makers in their own right. Together, our voices cracked open the possibility for our leaders in Harrisburg to end this practice.