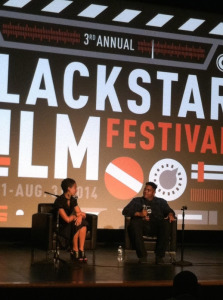 Youth Sentencing & Reentry Project Co-Director Joanna Visser Adjoian moderated a Q&A with Darius Clark Monroe following the Philadelphia premiere of his documentary, Evolution of a Criminal (Executive Produced by Spike Lee) at the BlackStar Film Festival. She also presented on a panel called Reading, Writing, and Arrest: Issues at the Crossroads of Access to Education, Justice, and Criminal Law, hosted by the American Bar Association at Penn Law School.

For more information, check out http://blackstarfest.org/event/details/evolution-of-a-criminal/