Since early 2016, YSRP and Justice Lab have been working to stop the harmful practice of collecting costs from parents of children who have been incarcerated. 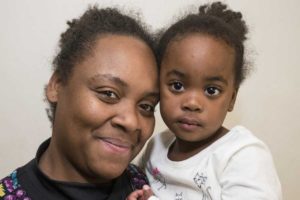 In June of 2015, our partner Kameelah brought to our attention that the City of Philadelphia was taking her to court to collect fees from her for the time her son spent in a private juvenile placement (a secure facility in the juvenile justice system, often analogous to a prison).

Shocked by this practice, YSRP partnered with the Justice Lab at the Sheller Center for Social Justice at Temple Law School with law students Sela Cowger, Kelsey Grimes, Wes Stevenson and Professor Colleen Shanahan to investigate the origins of this unjust practice and push for a moratorium to it. This investigative work culminated in this report calling on the Philadelphia Department of Human Services (DHS) to put a moratorium on the practice.

On Friday, March 3, 2017, in advance of a planned City Council Hearing called for by Philadelphia City Councilmember Kenyatta Johnson, the Department of Human Services announced it would stop billing parents for their children’s incarceration costs. This ends a nearly 20-year-old practice in Philadelphia, and means that no new parents will be faced with the damaging imposition of these costs that Kameelah has had to go through.

We are grateful to DHS for doing the right thing, but the work is not done. YSRP testified at yesterday’s hearing to make clear that we will be monitoring the implementation of this new policy to ensure that no new families have to endure this double punishment.

The most important testimony at yesterday’s hearing came from Kameelah. She brought this issue to our attention and has seen it through to a policy change. We are so grateful to Kameelah for having the courage to speak up about a practice that has affected thousands of Philadelphia’s families, and to the Justice Lab students for their commitment to uncovering and ending this practice. We applaud Philadelphia for standing on the right side of justice.

Read more background about our work on this issue

Read coverage in The Inquirer here and here

Read coverage in The Marshall Project

UpStart with YSRP: More Than a Sentence

The Philadelphia Tribune, in its March 13, 2018 article, lifts up many of the problems…

On Wednesday, April 12th 2017, the Youth Sentencing & Reentry Project (YSRP) convened a timely and important discussion on the “State of Criminal Justice & Reentry in Philadelphia: Opportunities for Innovation and Reform” at the law offices of Montgomery McCracken Walker & Rhoads LLP.

YSRP recognizes the work of The Fortune Society

YSRP applauds the Fortune Society, which has sued a private (giant) landlord over its blanket…